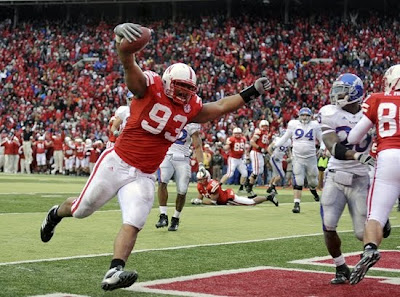 It has come down to this. With the exception of the Big Ten the Champions of every BCS conference will be determined in head to head matchups this weekend. For the ACC, Big XII and SEC those Championship games are by design. For the Big East and Pac 10 they are the result of luck in scheduling. Regardless the final automatic qualifiers for the BCS will be determined and a national title game will be set. In addition Tebow, McCoy, Ingram, Spiller and I'll even say Suh have a chance to make one last impression on the Heisman voters. Let’s get on with it.

Thursday 3 December
Oregon State at Oregon- I wonder if anyone bet on the Civil War being the Pac 10 Championship game before the season started? I’m guessing that if someone did they are now transitioning to retirement. The Beavers had a shot at the Rose Bowl heading into this game last season and the Ducks blasted them. I personally think Mike Riley is a great coach and have no doubt that his team will be fired up to try and return the favor in the Little Big House tonight I just don’t see it happening. Oregon has a little too much firepower on offense but it should be a very interesting football game. I’m looking forward to Oregon’s #8 rushing offense face off with the Oregon State #13 rushing defense. Something has to give. I’ll take Webfoot U in a slugfest.

Friday 4 December
Central Michigan vs. Ohio (Detroit)- Dan LeFevour will lead the Chips against a Frank Solich coached Ohio Squad for the MAC Championship on Friday night. I like Solich and the Bobcats play tough but I don’t see them containing LeFevour. Too much offense will handily tip the scales in favor of Central Michigan.

Saturday 5 December
Cincinnati at Pittsburgh- I think this one is very interesting. Brian Kelly’s name keeps coming up in the Notre Dame coaching search rumors and Kelly is not exactly shutting them down. Meanwhile his current team has their stiffest test of the season waiting for them at Heinz Field on Saturday. Kelly’s version of the spread offense reminds me a lot of Mike Leach’s version at Texas Tech. Over the years Tech has been shut down at least 1-2 times per season by athletic defenses. So far so good for Cincy but will Pitt’s #25 defense be able to keep the Bearcat offense in check? I will be very interested to see. I will be more interested to see if Kelly is still Cincinnati’s coach a week from now. I’ll take Pitt in an upset.

Florida vs. Alabama (Atlanta)- Can Nick Saban’s Alabama squad dethrone Urban Meyer and Tim Tebow as kings of the SEC with a title shot on the line? I really don’t think Bama has enough offense to pull this one off. I expect Charlie Strong to put 7 in the box to shut down Mark Ingram and dare Greg McElroy to try and beat them with the passing game. So long as Florida’s DB’s can contain Julio Jones that strategy should work quite nicely. I don’t expect Tebow to be able to go nuts against the Bama defense but I expect to see Florida win a relatively low scoring game.

Nebraska vs. Texas (Arlington)- Nebraska is the last team in the country with a shot at throwing a wrench into the BCS works. Should the upset Texas on Saturday night they will derail the long standing prediction that Texas will face off with the SEC Champion in the BCS Championship game. TCU and Cincinnati will be watching this one with corn heads on. Both Texas and Nebraska have great defenses but the Horns have a significant advantage offensively. Colt McCoy has a chance to either win or lose the Heisman in this game and Nebraska has a chance to claim some revenge for being upset in this same game by Texas back in 1996. That loss ultimately prevented the Huskers from winning four straight National Titles. The current players were in grade school then but I’m guessing Bo Pelini has still mentioned it more than once this week. Despite the added motivation and the fact that the pressure is completely on Texas in this one I don’t see Nebraska scoring enough points to get it done. It will be interesting to see if the Texas offensive line can keep Ndamukong Suh in check. I have really enjoyed watching him this season. He's a complete beast.

Georgia Tech at Clemson- I wonder if anyone will watch the ACC Championship this year? They moved it to prime time in hopes of getting people to show up at the game and to improve TV ratings but I don’t think they really thought that one through. I would guess the vast majority of college football fans will be watching the Big 12 Championship while these two teams duke it out in Tampa. Clemson shut down Georgia Tech in the 2nd half of a Thursday night game back in Week 2. Whatever the Tigers did worked and I suspect they will try and do it again on Saturday night. I’m a big fan of Paul Johnson’s system but he’s going to have to counter that Clemson defensive adjustment. I’ll take the Tigers in an upset.