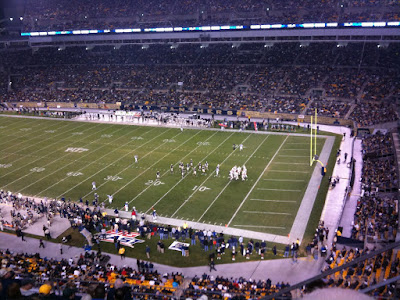 The last two weekends have been hard on the Irish faithful, and that definitely includes me. At this point the program appears to have departed controlled flight, the nose is pointed at the deck and it is accelerating. I expect we'll start seeing the parachutes deploying after the Stanford game. Two weeks ago the Irish were a fringe BCS contender and today the National media is wearing out the "will Weis be fired" stories for the 3rd consecutive November. Needless to say, that sucks!