Week 11 Preview- Sprint to the BCS

Share All sharing options for: Week 11 Preview- Sprint to the BCS 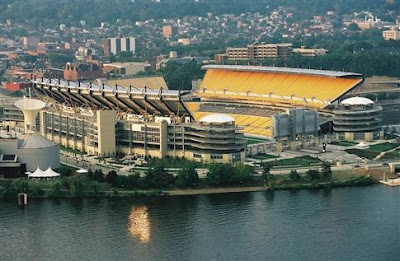 Over the course of the next four weeks post season fates will be decided and the way things are going my initial guess is that the BCS matchups are going to be less than compelling overall. With several traditional powerhouses beating each other up along the way bowls like the Cotton, Gator and Holiday, to name a few, will benefit by having the ability to produce some very interesting matchups. In the midst of the final push, more coaches will be fired, and hot seat discussions will be beaten to death. As for the games this week there aren’t too many great matchups but there are games on every night this week if you just need a college football fix. I likely won’t watch much on Saturday as I’ll be driving up to Pittsburgh to see if ND can pull it out of the fire against a tough Pitt squad. More on that in a minute. Here are the games and have a great Veterans Day.

Tuesday 10 November
Ohio at Buffalo- There was a game on last night! Frank Solich edged his former pupil Turner Gill 27-24. I'm thinking the state of Nebraska was all over this one.

Wednesday 11 November
Toledo at Central Michigan- Dan Lefevour will make short work of the Rockets but hey, its football on Wednesday night.

Thursday 12 November
USF at Rutgers- Both of these teams are pretty mediocre but I’ll go with the athleticism of the Bulls to rain on Schiano’s parade.

Friday 13 November
West Virginia at Cincinnati- Can a two loss Mountaineer squad hand Cincy their first loss of the season? I doubt it, the Cincy offense seems to put up Playstation numbers regardless of who plays QB. This one should at least be high scoring and fairly entertaining to watch.

Saturday 14 November
Notre Dame at Pittsburgh- The odds are stacked against the Irish in this one. Coming off the ugly loss to Navy the Irish travel to Heinz field where they will be a 10 point underdog against a very solid Pitt squad. The game is a prime time ABC regional broadcast that will get plenty of attention. Charlie Weis heads into this one with his seat perhaps hotter than at any other time in his tenure, and that’s saying something. The national media is all over the Weis speculation this week and a large contingent of the fan base is calling for change. While ample statistics back up the anti-Weis sentiment I personally still think he will determine his own fate in the next three weeks. With everything on the line I think the Irish will come out Saturday night with an "us against the world" type of mentality and put forth one of their best efforts of the season further clouding the debate. I will likely know by the end of the 1st quarter whether or not I am correct in that prediction. However it shakes out I'll be at Heinz Field to see it in person.

Tennessee at Ole Miss- I think Lane Kiffin will get bowl eligible by putting yet another Loss on the Rebs, who have quietly fallen off the map after being preseason media darlings.

Michigan at Wisconsin- At 5-5 Rich Rodriguez must beat either Wisconsin or Ohio State for his team to be bowl eligible. I think either of those things happening is a stretch at this point. Michigan has only won once since the end of September and that was against Delaware State.

Florida at South Carolina- I don’t think Spurrier has the tools to make this one interesting. Florida should cruise until they meet Bama in the SEC Championship.

Iowa at Ohio State- Here comes loss number two for the Hawkeyes. QB Ricky Stanzi is out for the remainder of the regular season and in reality the Hawkeyes were very fortunate in several close wins this season. It was fun while it lasted.

Nebraska at Kansas- With Kansas, Kansas State and Colorado remaining the Huskers completely control their own destiny in the Big 12 North. I think they take the 1st step by beating Kansas on Saturday.

Stanford at USC- In the wake of the last two weeks this one is suddenly very interesting. Despite Stanford hanging 51 on Oregon one week after the Ducks beat down USC the Trojans are a 10 point favorite Saturday in the Coliseum. Interesting. I think the Trojans wake up from their slumber and get it done.

Texas Tech at Oklahoma State- The battle for 2nd place in the Big 12 South will happen at Boone’s house on Saturday night. I’ll take Leach and the Raiders in a shootout.