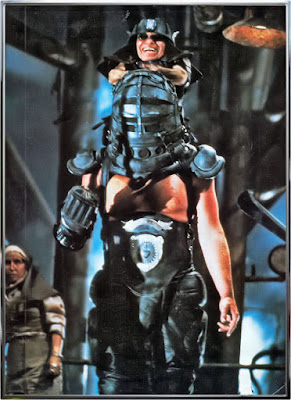 As a Notre Dame fan I have considered BC to be the Jinx ever since that heinous upset in 1993. I dread seeing them on the Notre Dame schedule and I never pick against them in bowl games. No matter how mediocre BC is they seem to always give the Irish problems and always seem to win their bowl game. There are many factors that have contributed to both of those things over the years such as the trials and tribulations of Davieham and the last two Weis squads being less than stellar. But this Saturday the universe has ample opportunity to right itself and I’ll be there to see it in person. From the looks of it I might be a little cold and maybe even a little wet but I’m not going to care so long as the boys take care of business and put an end to this ridiculous streak of futility against Fredo. The IBG questions for this week were posed by the Brawling Hibernian so without further adieu.

1. Coming off a very difficult loss to a rival that has now beaten them eight straight times, Notre Dame faces another that's beaten them six straight. Can Notre Dame end the losing streak against BC or will the combined weight of the USC loss and recent history against the Eagles be too much to overcome? Explain.

I think this team will bounce back this week and take care of business. The Irish have had a few opportunities to cash it in this season and have yet to do so. If anything they have shown a pretty steely resolve. The Irish are very aware of what is on the line going forward as far as the season is concerned as well as the losing streak against BC. I think those things will give the Irish an adequate kick in the shorts to get back on the horse. I expect to see a comfortable victory on Saturday as a result.

2. Not unlike Notre Dame's defense, BC's offense has been pretty erratic this season. While in their most recent win, they rolled up 480 total yards and scored 52 points; in their two losses, they've averaged 109 yards and 11 points. Which BC offense and which ND defense show up on Saturday? Why?

I actually went to the Boston College game at Virginia Tech where the Eagles should have just stayed on the bus. They couldn’t do anything at all against VT. The Hokies put 8 in the box to take away the run and dared Shinskie to beat them. He couldn’t do it. He telegraphs his passes badly and went into the half 0 for 9 with 2 picks to include a pick six. I told my brother-in-law the Deer Hunter right then that the kid would probably look like an All American two weeks later in South Bend. I was of course being cynical at the time but the way this season is going who knows. The bottom line is that the Eagles are a run first team and the Irish have to shut that down first. It all sets up a lot like the game plan last weekend where you have to make the freshman quarterback beat you. I think the Notre Dame defense will take a step forward and get it done this week.

3. Does anyone seem primed to have a Robby Parris-like breakout moment against the Eagles? If so, who is it and why?

Duval Kamara. I felt bad for Duval last week after he slipped coming out of the break on the last play. It has probably been eating at him all week. Prior to that play he had a couple of nice plays against the Trojans where he caught quick passes then straight ran a couple of dudes over to get first down yardage. With Parris banged up this week someone needs to step up and I think Duval will do it. Charlie straight up said that BC forces you into a short to intermediate passing game with their zone defense in his presser this week which is actually where Kamara is the strongest. I expect Duval to get his fair share of quick hitters from Jimmy where he can use his size to take out his frustration by running over some dudes to generate some YAC. Kamara will have some extra motivation going into this one after the end of the game last week and I think he could end up having a big day.

4. It's been an and up-and-down year for Boston sports. After a strong start, the Red Sox folded in the second half of the year. The Patriots, meanwhile, seem to be on the upswing after a 59-0 dismantling of Tennessee. For their part, Boston College has seemed as though their season could go either way. Ultimately, will the Eagles be the Sox or the Pats?

Based on their schedule I have to say the Patriots. After Notre Dame BC has Central Michigan, Virginia, North Carolina and Maryland remaining on the schedule. With that slate they could very well win out and slime their way into a chance at losing their third consecutive ACC Championship Game.

5. While most Irish fans refer to BC as "Fredo", tell me to which other cinematic character you would compare the Eagles.

Despite their respective handicaps the duo known as "Master Blaster" in Mad Max Beyond Thunderdome still managed to run Bartertown for quite some time. Then Mad Max strapped on the giant rubber band and laid the smack down on Blaster in the Thunderdome and that was the end of that madness. That's exactly what needs to happen in Notre Dame Stadium on Saturday.
I'm catching a plane to Chicago in 12 hours and should be out and about in South Bend by mid afternoon. Man Weekend can't start soon enough. Irish roll 35-17.