Irish Blogger Gathering: The Quest for a Signature Win 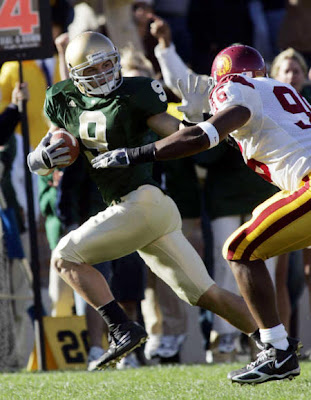 The IBG questions for USC week are brought forth by none other than OC Domer. OC is by far the most qualified Irish Blogger to talk Trojans as he has to live in the midst of them every day.

1. The weather forecast for Saturday’s game (as of this writing) has the high temperature in the mid 40’s with some chance of rain (or snow?). What weather would give Notre Dame the best chance to beat USC? Why?

I think cold and/or wet weather would give the Irish a bit of an edge and also make the game extra cool to watch. Now that I’m thinking about it, I’d probably just prefer cold and dry. The precipitation makes the ball and the field slick for both teams.