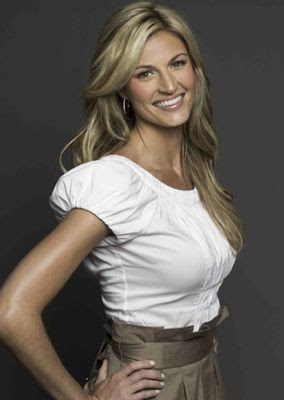 The IBG questions this week are brought forth by none other than the master of ceremonies himself Subway Domer. If you haven’t checked out his new digs you need to. Now I’ll get to the business of responding to the man himself.

1. Describe your worst nightmare coming true on Saturday. Can that nightmare become a reality?
As soon as I read this question I started concocting a doomsday scenario of magnanimous proportions full of career ending injuries and images of Sarkisian dancing on the 50 after the game. I’ll keep it simpler than that and say any outcome or set of circumstances that would fan the flames of the "Fire Charlie" sentiment in the national media and the fan base. Can it become a reality on Saturday? I would classify it as possible but not probable. I don’t say any of that to be a "Weis apologist" though I have been accused of such. I say it because in my opinion that is the last thing the program needs right now. It puts additional pressure on the players and has a negative effect on recruiting. That dark cloud was definitely hanging over the program last season and in my view of the world it contributed to the late season snowball effect. In a perfect world I would prefer to just let the season play out minus the added distractions and then make a fair judgment on the body of work when the season is over. That said I do root for this team with a little extra mustard because I would love nothing more than to watch the Mark Mays of the world eat it and smile. In the mean time nothing but support from this guy.
2. Can we all agree that Jake Locker will be the best quarterback that we have/will face all season?
Absolutely. Locker is the real deal and solely because he is under center I’m a little concerned about this game.
3. Replace two starters on both sides of the football for the Washington game. Who are they, who are they replacing, and why?
Offense
More Huuuuuughhhheeees. Robert was a freight train last Saturday night. He looked like I always hoped he would trucking would be tacklers and dragging a fistful of dudes down the field. I’m a huge Armando Allen fan as well but if someone is going to take carries from Allen I’d like it to be Hughes. Let’s get a little "Thunder and Lightning" thing going.
At the moment I would also have to say Robby Parris over Duval Kamara. I know they are listed as "or" but until Duval gets his groove back I’m all about #82. Parris has always seemed very reliable to me and that is at a premium right now.
Defense
Two position switch. Move Brian Smith back to MIKE and put Manti Te’o in at WILL. I have a soft spot for #49 but he is a straight liability against the pass. Moving Brian Smith back inside could help fix that issue and shore up the run defense a little bit. Coach Weis mentioned wanting to get Manti more involved in his Sunday presser so why not do it now? Let Brian Smith run the defense and shore up the middle and turn Manti loose on Locker. With Darius Fleming coming on strong at SAM that could make for a very solid threesome behind a defensive line that looks like it is turning the corner as well.
Another double switch. Move Ethan Johnson back out to DE and fill in at DT with Hafis Williams/ Brandon Newman. That would give the D Line 4 big bodies to stuff the run and wreak havoc. I think EJ would turn into a full on terror if he was back out on the edge in his natural position. The bigger bodies would also allow Tenuta to rush four more often and let everyone else hang back and do their jobs. I get a kick out of the "Tenuta make blitz" stuff sometimes but thus far it just isn’t getting it done. The approach last week seemed a little more effective and I think these four guys on the line of scrimmage could shore it up even more.
4. Ty Willingham enters the stadium in the second quarter. What happens?
Other than a round of boos and a frantic sideline report from Alex Flanagan probably not much. Then again that babbling Wax Mannequin Tom Hammond would probably invite him up to the booth for a round of inane questions.
5. Are you impressed with the improvement in the run game in 2009, or is it a figment of our imagination?
I’m impressed with the run game and the offense as a whole. The ability to effectively run the football again presents the defense with what is referred to as a "combined arms dilemma" in certain lines of work.
6. Who's hotter, Wendi Nix or Erin Andrews? Why. Is your hottie a defensive or offensive player?
Interesting question. Based on the criteria the default answer is EA and she’s on D. You are just another potential stalker to her. Great excuse to use a picture of her though.
7. Predictions please...
Irish win by 7-10 points, but not in a crazy drive you to pound a twelve pack and lose your mind kind of way like the last couple of weeks. I’m anticipating more of an in control comfortable 7-10 point victory. Scroll down a post if you want the long version.