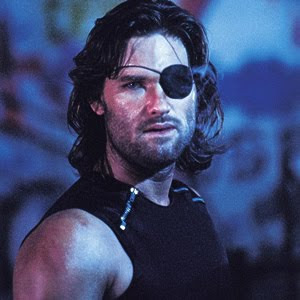 Where do I start with this one? I really like this team, despite the emotional roller coaster they have consistently pumped into my living room the last four weekends. This was another great win for the Irish. I realize there is a large contingent of Notre Dame fans out there that believe a win over Purdue should never be considered "great" and I understand where they are coming from. The reason I think this one was great is that before this season started my biggest concern was this team learning how to win and it appears that they are doing just that. After losing a heart breaker at Michigan in week 2 the team bounced right back and won two very similar games in a row. They weren’t pretty but at the end of the day when the chips were down they got it done. I see that as major progress of the most important kind. I feel like we are witnessing the final stages of this team growing up. 2007 was crawl, 2008 was walk and now they are learning to run. Moving forward it should feel more natural and by the second half of the season this team could be very good. As for the Purdue game I watched it again this morning after I had come back down from witnessing an escape from Ross-Ade that would have made Snake Plissken proud. My thoughts and observations are below.

· When Purdue marched down and scored on their opening possession I thought it might be a long night but the defense quickly got it back together and did a pretty nice job the rest of the 1st half.
· Theo Riddick is going to take a kick to the house before the season is over. He is explosive.
· I’m still not a fan of the corners playing soft and Tenuta seemed to go away from that later in the game. The run defense was much better overall and kept Bolden in check minus 1-2 runs all night. I thought the front four played pretty well especially Ian Williams and Kapron Lewis-Moore.
· The defense is most vulnerable to the quick slants over the middle as the linebackers are still struggling in pass coverage, especially #49.
· Speaking of linebackers I thought Darius Fleming played a great game. He was disruptive all night and had some big plays including a big sack.
· I thought Tenuta reigning in the blitzes a little bit worked out pretty well. Overall the defense was better as a result.
· I thought the Weis game plan for Crist was outstanding. Mixing Crist in there with Tate running the wildcat had Purdue completely stymied for the better part of two quarters. That first scoring drive with Crist in there was awesome.
· Tate played receiver, QB in the wildcat and lined up at running back. He might be the best running back on the team and that is saying something.
· Jonas Gray and Robert Hughes also did a nice job running the ball but I thought Hughes specifically looked great. He finally played big and it was awesome to watch him trucking would be tacklers and dragging defenders for extra yards. That is a nice complement to Allen that needs to get mixed in more going forward. Theo Riddick also had a nice run and a key block for Tate’s touchdown run.
· I didn’t like that Weis went back to Clausen on those last two possessions at the end of the 1st half. I know he wanted him to run the two minute but the first one ended up being a quick 3 and out and then following the turnover on downs the next one ended with the interception in the end zone. It felt like the team had all the momentum with the Crist/ Wildcat package going and 2:48 on the clock. When Clausen came back in that momentum seemed to dissolve a little. I just felt like Purdue was reeling at that point and the boys were ripping off big chunks of yardage so 2:48 could have been enough time to get down the field. Putting Jimmy back in at that point seemed like it gave Purdue a chance to regroup for a minute and get back to their original game plan to get through the end of the quarter and in to the locker room to make adjustments. Then again it had the opposite effect at the end of the game.
· The 3rd quarter was weird. Purdue definitely made adjustments at half time and just sold out on the run. They were basically effective in a bend but don’t break kind of way against the Crist/ Wildcat package all through the second half. ND had 11min of TOP to Purdue’s 2 when Crist got sacked on 4th and 10. I know everyone is up in arms about going for it there but being just out of field goal range, and Maust having another rough day I can buy rolling the dice on that one.
· Purdue had all the momentum after they subsequently drove down and scored at the very beginning of the 4th quarter.
· Crist missed Tate wide open for six early on that next possession. That could have iced it.
· On the subsequent punt Harrison Smith totally smoked the returner after he called for a fair catch. Brutal.
· On that series the defense had Purdue stopped and on 3rd and 10 Te’o missed a tackle on a slip screen that went for a 1st down. That drive stalled on the Darrin Walls interception which was a big stop.
· Clausen came back in for the first time in the half and went 3 and out. I was nervous as all hell at that point.
· Purdue of course marched right down the field to take the lead. The defense was back to getting worked in the middle of the field and that busted coverage that led to the TD was ugly.
· There was 3:37 on the clock when Clausen came back on the field for the 72 yard game winning drive. He was absolutely outstanding on that entire drive. He kept plays alive with his pocket presence and worked through his progressions to find open receivers for big gains at critical times. The 3rd down conversion to Parris was money. Parris by the way always seems very reliable and I think he will be a solid contributor the rest of the season.
· After Golden Tate set up the 1st and goal it got real interesting. I still don’t know what the hell Purdue called that timeout
for after Hughes got stopped on 2nd down but I was all about it. The 4th down pass to Rudolph was a great call and great execution by Rudolph and Clausen. Rudolph basically just posted up on the defender basketball style, used his body to box him out and made the catch. Clutch.
· I liked the blitz to start Purdue’s last ditch possession and the Te’o sack was huge. It was all over when the defense squashed the crazy lateral on the next play and recovered the fumble.
· Some other guys I forgot to mention. I thought both Bobby Burger and Mike Ragone played well. They both had some key blocks and Burger willed himself to a huge 1st down.

The thing I like most about this team is that they are truly a team. A ton of players contributed last night and it is obvious that this team is tight. Every one of those players believes in it and they are all playing for each other. That is a huge contributor to the overall health of the program which actually looks better to me right now than it has in years. They don’t get down, they don’t wallow in mistakes and they actually all appear to genuinely believe that at the end of the day they are going to find a way to win. That is what gives me optimism going forward.
Offensive Game Ball- Clausen was the hero and Tate was out of his mind playing all over the field but for my money this has to go to the whole unit this week. So many different players did their part to contribute to this one they all get it.

Defensive Game Ball- Darius Fleming and Kapron Lewis-Moore. Both of these guys stood out for the second week in a row.
Random Game Ball- Coach Weis. I thought the offensive game plan he put together to deal with the injuries was outstanding. I’m not nitpicking the 4th down calls. The 4th and short I get it, he’s been able to get a yard when he needed it all season. The call was unusual but with Clausen hurt he must have seen something that made him think that play would work. As for the 4th and 10 I already covered it above. It was an unusual scenario when you take the field position and Maust into account.
Final Thought- I can definitely live with 3-1 at this point. With all the injuries and other extraneous factors around the game this was a big win and a positive step heading into the next two games which will both be very challenging.