The week in news- Comedy, Quarterbacks and Bold Predictions

Share All sharing options for: The week in news- Comedy, Quarterbacks and Bold Predictions 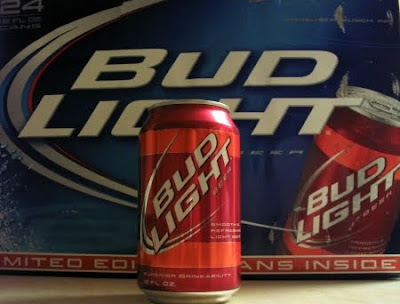 Only 6 more days until real games kick off! With that in mind here's the rapid fire version of what I found the most interesting this week.

The Texas Tech season preview over at Barking Carnival is exceptional. Need a laugh? I highly recommend it. Even Red Raider fans should be able to appreciate the comedic genius in this one. The WWL should throw some cash at Scipio Tex to liven things up on Game Day.
I went to pick up a case of beer last weekend and noticed some Bud Light cans in Maroon and Orange. It took me a minute to remember that I am now living in ACC country and piece together that the cans were in fact Virginia Tech "Fan Cans." WTF?
Colt McCoy showed up at practice Tuesday with a sweet stache. Dr. Saturday was all over it.
Hawaii is considering scrapping their pregame dance routine. If they go that route at least Coach McMackin won't have to sweat getting in trouble again for commenting on anyone else's moves due to the elimination of future dance offs.
THE Ohio State university put together this educational video to remind their fans not to disrespect Navy when the Mids roll into town next Saturday. Nice job. How sweet would it be if Navy pulled the upset?
Rich Rodriguez plans to use three QB's in their opener against Western Michigan. Rodriguez classified the three headed monster of Nick Sheridan, Tate Forcier and Denard Robinson as "neat." Okay. We Is Notre Dame had a good take on it and I agree, if you have three starting QBs that really means you have ZERO. As a side note Denard Robinson doesn't tie his shoes. I wonder how that will work out for him in college?
Miami fell victim to the latest iteration of QB's going "What I'm not the starter, I'm out of here!" In this case it's a double whammy and if you think about Robert Marve bolting last spring that's three in a pretty short period of time. Jacory Harris better be tough. Whatever happened to sticking around and waiting your turn? Don't you know who Mitch Mustain is?
Speaking of Mustain Pete Carroll has officially named freshman Matt Barkley as the Trojan Starting Quarterback ahead of Aaron Corp and Mustain. Interesting. Starting a true freshman QB is a dangerous proposition I don't care how talented he is. He's Pete though. It will work out.
After some drama and speculation about the eligibility of Tennessee running back Bryce Brown, the NCAA ultimately decided they were okay with his high school agent. He'll be on the field for the Vols next weekend.
The Wiz of Odds thinks Swine Flu might be a factor this season. TCU believes him.
Boston College Linebacker Mark Herzlich is kicking cancer in the shorts and hopes to be back on the field for BC in 2010. Great news! I sincerely hope he makes a full recovery.
In South Bend Charlie Weis had a very interesting presser on Monday. UHND has a full summary and We is Notre Dame talked to the depth chart piece specifically. The very short version is that Eric Maust and Bobby Burger were awarded scholarships, freshman Nick Tausch will handle placekicking and kickoff duties, Darius Fleming will start at Sam Linebacker, and most encouraging Matt Romine is pushing Paul Duncan at Left Tackle. The Romine piece is especially great news as I was a little concerned about the depth there.
Lou Holtz made a splash last weekend predicting ND will face Florida in the BCS Championship Game. While I'm not quite that optomistic I appreciate his attitude. Beano Cook followed suit this week and predicted the same. Now that Beano is on board the prediction is officially jinxed. Oh well.