Share All sharing options for: OFD Headquarters is moving East! 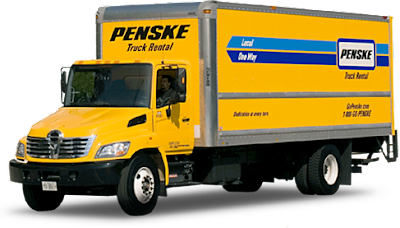 The time has finally arrived for Team Whiskey to load up the trucks and move the OFD Headquarters East. After several years in Pac-10 country I’ll be setting up shop in what the locals refer to as "Northern Virginia" a.k.a. the D.C. suburbs. I believe they call it "Northern Virginia" to make extra sure that they are not confused with those hillbillies, hicks and other country folk that live to the West and South of them! I’m dreading the humidity and the traffic already. I’m also dreading having to find something to do with myself until noon on Saturdays when the first game kicks off. I have grown to love the 9am start in the Pacific time zone. I will be interested to see what life is like back in ACC country though. The last time I lived in ACC territory it was a conference that basically consisted of Florida State run ruling a handful of basketball schools. Things have changed a bit since then.

As much as I would love to tear across the country in four days having the wife and kids traveling with me in a multi-vehicle convoy that will include a 26' moving truck requires shorter days and more stops. That deadly combination puts a significant damper on driving like The Road Warrior. The upside is that those stops will allow me to spend a little time in several college football towns along the way. I hope to get a chance to mix with the locals a bit to see what they think about the prospects of their respective teams in 2009 while I hit some local restaurants and watering holes. I have been to most of these locales before but if anyone has any suggestions on must visit local eateries etc. in any of the locations I have listed below please shoot me an e-mail or leave a comment. I’m all about that kind of stuff. I can say for certain that I will be stopping for lunch at The Big Texan because no drive across the country is complete without trying to eat a side of beef and taking pictures next to a 20’tall plastic cow. I should be completely settled in shortly after the 4th of July at which time OFD will be back up with a vengeance. I have a lot of things that I want to cover here in July and August on both The Fighting Irish and the rest of the country as we head into the season. I should also be finding out which games I ended up getting tickets to around that time so I hope to be announcing the OFD road show for 2009 in July as well. In the mean time I’ll most likely still manage to get a post or two a week up while I’m on the road and I will definitely be able to keep an eye on things around here at all times due to modern technology.

The stops
Tucson, Arizona- Home of the Arizona Wildcats and a very cool town.
El Paso, Texas- Home of the UTEP Miners, the Sun Bowl and the best Mexican food on the planet. Maybe I’ll run into Mike Price at The Little Diner.
Lubbock, Texas- Home of the Texas Tech Red Raiders. If I see Mike Leach rollerblading down the street, I’ll shoot a picture and post it immediately. Regardless I’ll eat my first chicken fried steak of the trip in the Hub City. They do it up right there.
Oklahoma City, Oklahoma- I’ll find out if the T. Boone Pickens financed, Mike Gundy orchestrated Cowboy mania is catching up with the Sooner presence in Bricktown yet. I’ll also ask the locals if any of them know what’s up with those crazy play call billboards the Cowboys use. Is The Bricktown Brewery still the place to eat downtown?
Memphis, Tennessee- Home of the Memphis Tigers, the Liberty Bowl, Graceland and serious barbecue. Deal me in. Recommendations?
Knoxville, Tennessee- I’m staying at Lane Kiffin’s house. I was able to broker the deal through Bryce Brown’s pseudo agent handler guy. For an extra few hundred he’s going to arrange for Coach Orgeron to come over to drink beers and tell me Pete Carroll stories.
Blacksburg, Virginia- Hokietown USA. You can actually walk right into the football offices there and tour a little Hokie museum. I wonder if I can talk my way past Beamer’s secretary for an interview?

Again, feel free to hit me up if you have suggestions on places to eat or any must see college football landmarks along the way. I plan to get eyes on all the stadiums at a minimum. I’ll probably need to go through two-a-days myself after the trip just to get back down to my fighting weight. If I have any decent adventures en-route I’ll be sure to post about them and I’ll also attempt to get a regular post or two up as well. I might find out just how well I can type with my thumbs. We'll see how it goes. I’m looking forward to getting back after it in earnest come early July to gear up for the season!