The week in news- All Time Teams, Prime Time and QB 3

Share All sharing options for: The week in news- All Time Teams, Prime Time and QB 3 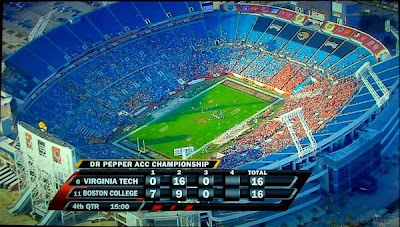 Debates and conversations about "All Time Teams" are always a good time mainly because it is difficult to ever reach a consensus. You can have a long well thought out discussion and never really reach a consensus. But they are a great way to reminisce about seasons past. Dr. Saturday had a post this week on the subject that reminded me of two things. One USC really has had a very good football team the last few years. Two I completely agree with him that the 2005 Texas team led by Vince Young was the best of the decade thus far. What a great title game the 2006 Rose Bowl was. The stage was set perfectly by the WWL essentially declaring USC the greatest team of all time in the week leading up to the game. Then the Horns showed up at the Rose Bowl decked out in road whites and won the damn game behind one of the greatest individual performances in college football history. Awesome.

If you get in trouble its always good to have top cover. The son of the Head Coach is generally adequate.
Utah Senator Orrin Hatch is still beating the Anti-BCS drum. This issue is a very slippery slope but chances are if you stop by here every now and again you already know what I think about this.
The ACC is taking its championship game to prime time in a concerted effort to get more than 10 people to show up. Why do they have to mess with my championship Saturday? Now instead of a nice steady mornathon of games (MAC, ACC, SEC, Big XII) I’ll have to fire up two TV’s that night. As a side note the WWL is on pace to eventually own the rights to all college football telecasts.
If Dennis Dodd isn’t careful Urban Meyer just might tell him to buy a ticket for seat 37F like he did Shane Matthews. As a Florida alum Dodd’s continued rants most likely constitute blue on blue in the eyes of Coach Meyer.
Charlie Weis locked up a solid number three option at Quarterback this fall with the unexpected return of Evan Sharpley for a 5th year. HLS summed it up nicely. Hat tip to Coach Weis and his staff on this one.