Preseason Magazines- Which One?

Share All sharing options for: Preseason Magazines- Which One? 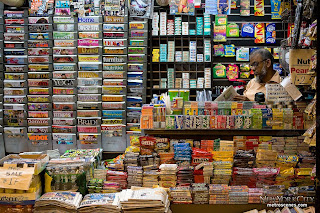 I hope everyone had a great Memorial Day weekend. Memorial Day is one of my favorite holidays. It is a nice start to the summer and throws in a little added dose of perspective. Good stuff. In addition to holiday specific activities I was also able to take advantage of the time to get a few extra things done. One of those things was perusing the choices for college football preseason magazines. I always pick up a couple of these on general principle despite the fact that in the Internet age there probably isn't much of anything in them I can't find in a few clicks on the web. In my case it is more of a traditional step in the process that leads up to the start of the season. There is just something about seeing it laying around the house that brightens things up a bit. If you happen to share a similar habit pattern here is a little something from stassen.com that you might want to check out prior to dropping anywhere between $6 and $15 on one of these. In short he reviewed all of the 2008 preseason publications and has some good info that might help you find what you are the most interested in. As far as I'm concerned they are all pretty much the same with the one exception being Phil Steele. He crams a fairly obscene amount of information into 300 plus pages written in 6 point font and chock full of acronyms that he made up himself. If you just want the basics then Athlon's, Lindy's or TSN are probably more your speed. Enjoy!