The week in news- A Barkeep, Shady Programs and The Molder

Share All sharing options for: The week in news- A Barkeep, Shady Programs and The Molder 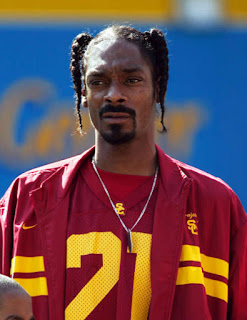 The internet is lighting up this week with stories of former Nebraska Quarterback Sam Keller. Due to a lack of demand at the next level for quarterbacks with herky jerky throwing motions and a max range of 20 yards Keller has apparently taken to tending bar while training to become a firefighter. Oh yeah, and he’s suing video game giant EA Sports for using the "likeness" of college football players in their NCAA Football video series. If the Keller suit has any actual affect on said game I suspect he may get shaved, sterilized and destroyed by a lynch mob of NCAA gamers that are livid pissed off that they can no longer win The BCS Championship with their thumbs. Double Extra Point kicks the details in expert fashion.

Speaking of cruddy quarterbacks, former Duke Point Guard Greg Paulus is headed to Syracuse after a public flirtation with Dick Rod. Good move buddy. Waste the entire spring trying to make up your mind then after you’ve skipped spring ball head for the Carrier Dome. Great idea.
Boy Kiffin found his way back into the news this week with an attrition issue. I suppose that’s to be expected when you go from a relatively traditional coach like Fulmer to Wild Boyz routines and the Orgeron milling about mumbling incomprehensible nothings. In the mean time Sneaky Pete’s pupil continues to grow his pipeline for primadonnas and disciplinary castoffs from other programs. His latest project is jedi-mind-tricking wayward Miami transfer Robert Marve into walking on at Tennessee vice accepting a schollie to play for Purdue. While he’s at it I wouldn’t be surprised if he also made a play for Justin Chaisson should Big Game Bob decide to cut him loose. He seem’s like Boy Kiffin’s kind of kid.
Meanwhile back in Troy, Boy Kiffin’s mentor and personal hero Sneaky Pete has to be getting at least a little nervous at this point. I personally thought Pete would jump ship back to the bigs once the investigation heated up but he appears to be one of those guys with an ego so fabulously gigantic that he thinks he’s going to come through this thing unscathed. Call the Bootlegger’s Boy Switzer for some advice Petey, this story never ends well. The Biscuit broke the latest development down quite nicely on HLS. Despite the mountain of evidence I’ll still be surprised if the NCAA has the stones to drop the hammer on their premier West Coast program.
Reigning college football power broker Urban Meyer put some Gator dirty laundry in the street this week when he publicly called out some Ex-Gators. Urban needs to call Mack Brown for some advice on how to handle this sort of thing on the DL Don Corleone style. Then again this could get really entertaining if Urban’s own ego allows him to get sucked into a public feud with some ex-players. Sign me up.
Notre Dame Corner Gary Gray is officially heading back to school after a semester hiatus ensuring additional depth in a secondary already oozing high quality talent. UHND has the full scoop on that one. Pass, ball, oskie!
The "Molder of Men" himself Ty Willie briefly surfaced between rounds this week and apparently even briefly considered doing something resembling work. He quickly decided against it after weighing the potentially negative effects on his short game.
FootballScoop has now learned that Tyrone Willingham and San Francisco (UFL) were unable to reach an agreement and Willingham is now not expected to join the San Francisco coaching staff under Dennis Green.
I can’t wait to watch some UFL games! Has anyone told Sam Keller about this? Dude needs a job before he screws up my dynasty!